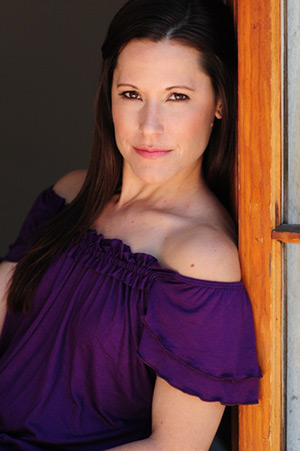 Anna Mercedes Mendez-Morris is a North Carolina Native raised in Orlando Florida were at age 13 she won Nickelodeon’s “GUT’s” program along with The Central Florida All American Soap Box Derby Senior competition, winning her the opportunity to race in Akron Ohio.

There, a fire for Stunt work was lit. After being mentored by Legendary Stunt Coordinator Glenn Wilder in Florida she went on to perform stunts for audiences at Walt Disney World, Universal Studios Florida and Japan.

Upon her return to the US after nearly two years in Japan, Anna continued her quest to become a Professional Hollywood Stunt Woman.

In 2007 Anna was ask to become a member of Hollywood’s elite professional Stuntwomen group “V10”.

Past films include Oscar Nominated 127 Hours, Drag Me To Hell, and the Expendables.

Anna is elated to have sat as one of the few women on the Stunt Peer Group Executive Committee for The Academy of Television Arts and Science for four years, where she helped lobby to add the “Outstanding Stunt Coordination of a Comedy Series/Verity Show” category to The Prime Time Emmy’s.

She is also very honored and proud to be going on her fifth year as a Member of The Stunt Women’s Foundation!