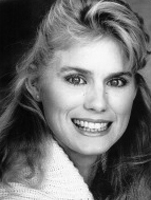 Cris is a Southern California native. She competed in gymnastics in private clubs as well as all through Jr.high, high school and college.

Her introduction into the stunt world was auditioning for, and landing the part of, Red Sonja in the live action Conan the Barbarian show at Universal Studios in 1983. At the coaxing of other stunt performers she started training with legendary stuntman Paul Stader.

Shortly afterward, she performed a stunt on a movie which allowed her to join Screen Actors Guild. After more than 30 years in the business she has worked on over 100 movies, television shows and commercials.

Her credits include such films as Titanic, Beetlejuice, Austin Powers, Waterworld, and television shows Baywatch, MacGyver and General Hospital.

Her biggest accomplishments are her three kids, Kevin 25, in the United Stated Coast Guard, Chontel 21, college student, Dylan 13, an incredible dancer who is already on point in ballet and her husband Paul who has supported her in every way.